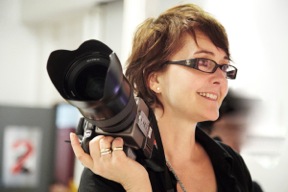 Born and raised in Germany, where Angelika started her professional career, she shortly thereafter moved to Paris.

Angelika is known for her love of artistic challenge and variety.
She carefully chooses her teams to create moods in an always atmospherical way.

For a little spice and sensuality in spreads for magazines and advertisements, the photography of Angelika instills cinematography within still images.

The artist is capable of a broad range of styles, moods and subjects, but never fails to infuse each photograph with a certain dramatic 'je ne sais qoui'.

The female fashion photography of Angelika frames such feminity, such elegance and such delicate depth that will always leave the viewer eager for more.

After a stay of 8 years in the USA/NYC, Angelika is back living and working in France.

Keep up with angelika:
Sign up for our newsletter

Thank you!
Please fill in all fields!